"When Pastor Richard Conrod, the founding pastor Community Baptist Church, stopped in 1973 to ask a farmer in his watermelon field on Salerno Road if he would be willing to seel his plot of land, little did he know that would become not only the site of a future church but also a Christian school that would open in 1979 and serve the community for years to come." 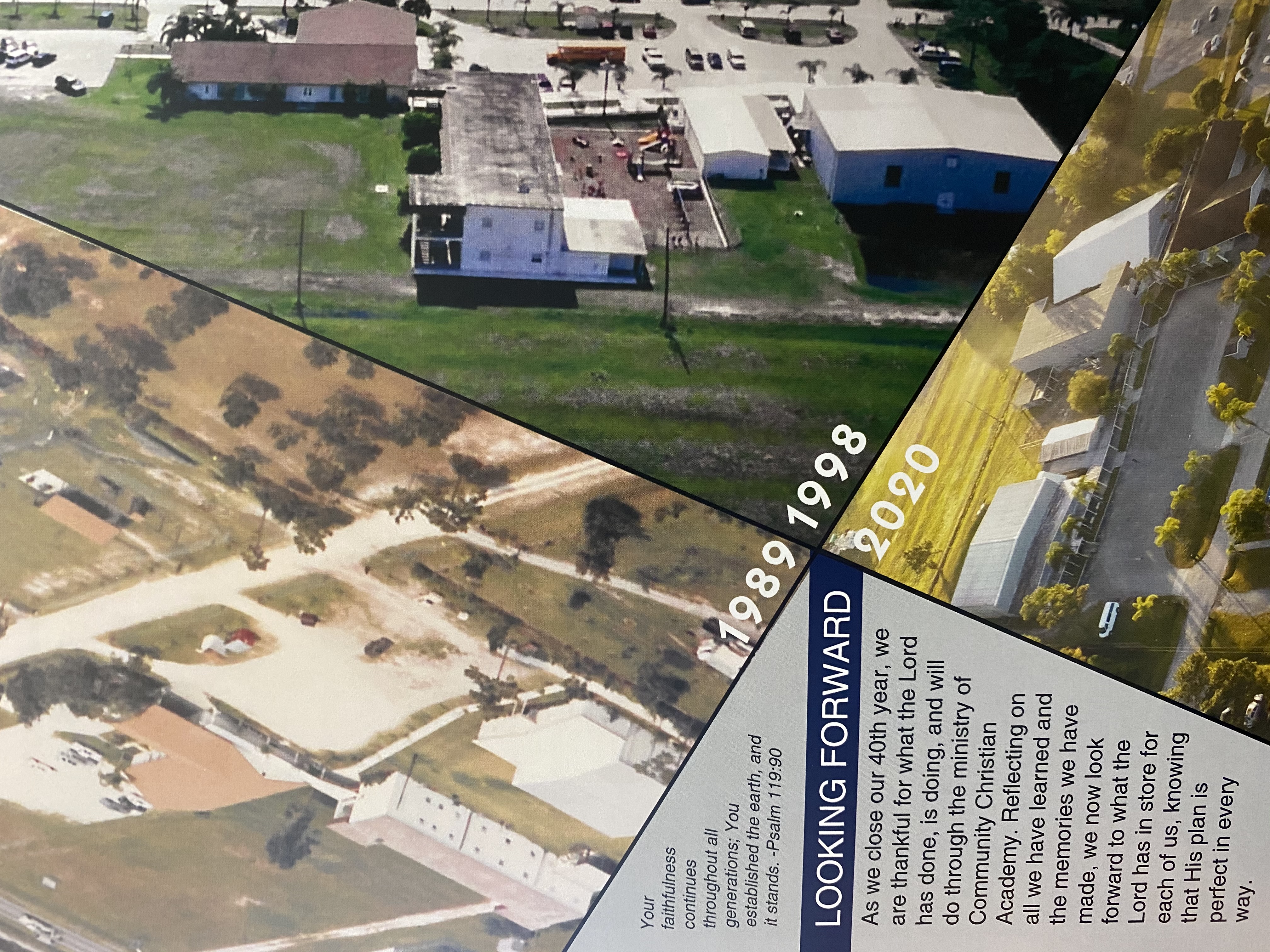 In April 1973, Community Baptist Church began under Richard Conrod until 1990. He was followed by Dan Holland who pastored from 1991 until his death in 2012. The current Pastor of CBC, Phillip Smith has led the church since that time.

After much prayer and preparation, Community Christian School began after Labor Day, 1979, having been delayed one day because of Hurricane David. The school began with a daycare through 12th grade program using ACE curriculum. In 1983, the school grew into a traditional classroom environment using Abeka and BJU materials. In 2005, the school's name was changed to Community Christian Academy. CCA has been accredited through FACCS since the late nineties.

Only when we get to heaven will we fully understand the eternal impact Community Christian Academy has had on the lives of so many students and families. It is our desire that God would continue to bless this ministry as we step out in faith to serve Him as a light in the Stuart community.

CCA is a ministry of Community Baptist Church: you can learn more about CBC by clicking here